Hussars remain one of the most effective formations not only in the history of Poland, but also in the history of the world. Winged Hussars fascinated with their beauty and uniqueness, and modern reconstructions of the battles in which the Polish cavalry took part enjoy great popularity and always attract crowds of viewers.

The Hussars game takes players back into the historical world of the legendary winged Hussars of Poland. In this 5-reel game with 5 fixed paylines the winning lines count either right to left or left to right, increasing the players chances to win.

The legendary winged Hussars are getting ready for their next glory. Enter the game and become a Knight of the world’s famous cavalry.

When designing the game Hussars, Promatic Group specialists faithfully reflected the most important attributes of the Polish cavalry. Undoubtedly, the most significant and the most characteristic element of Hussars’ were the wings, which added elegance and dignity, but above all had their strategic meaning- they helped to scare off the opponent’s horses.

The most interesting symbol in the game is the Wild symbol, presented as a full head-to-toe character of the Polish horsemen, expanding on the entire reel. This symbol substitutes for all other symbols, expands over the reels and triggers Two Free Spins. Players will surely be captivated by the animation of the Hussar rushing to battle, which will take them into the middle of the field. The game also presents other historical symbols such as the Sabre, the Lance, the Shield, the Helmet and the famous Horse. 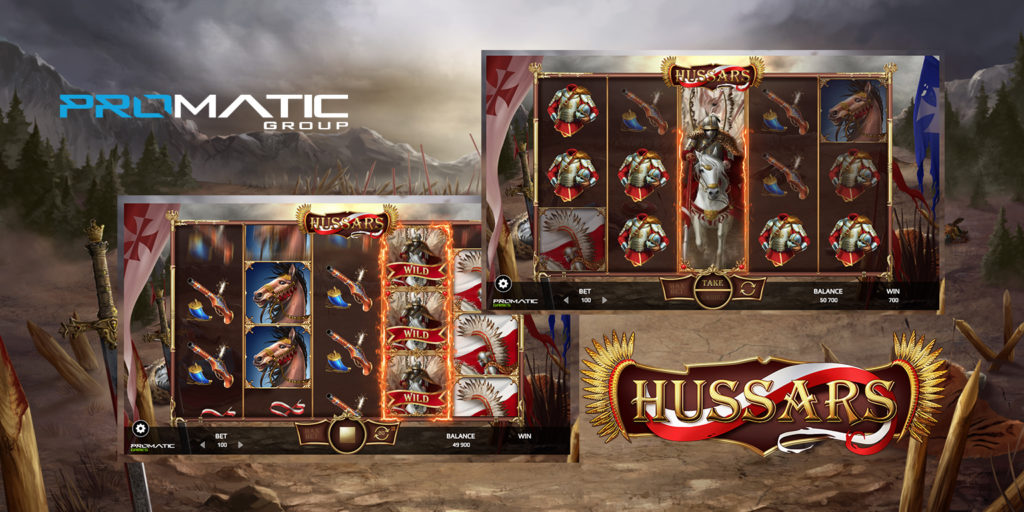 Another great feature, the possibility of doubling the win in the Gamble mode definitely adds up to the game. In Gamble we play the role of the Hussar: we oversee the battlefield and the enemy rushing at us and we have a chance to choose which side we will set our Lance. If we choose correctly and hit the opponent – our win is doubled.

The demo version of the game is available at www.promaticgames.com

Any cookies that may not be particularly necessary for the website to function and is used specifically to collect user personal data via analytics, ads, other embedded contents are termed as non-necessary cookies. It is mandatory to procure user consent prior to running these cookies on your website.